A recent ride along coastal Maine showed me the resiliency of Mainers. They acted like petulant adolescents shouting “You’re not the boss of me” to Mother Nature. And Mother Nature shouted back “you will accept perpetual winter because I said so.” An obviously poor retort from someone who IS the boss of us all. A chink in the armor so to speak.

And MN, as we like to call her, stomped two feet of snow on them in mid March to prove her point. But the depths of snow slithered back from the salty shore, and the temps edged above freezing and tangoed with the 40s. Warmth than cold, cold then cold, then warm-ish.

And the adolescent inhabitants of the planet in the area of Maine shouted back, “We do not subscribe to your norms of weather and dates. It’s a beach day when we say it’s a beach day!” And off they went with buckets and pails to build their ephemeral castles of sand. She blew the sand back in their faces.

Others took advantage of her raging fury to look for treasures among the stones heaved from the depths. 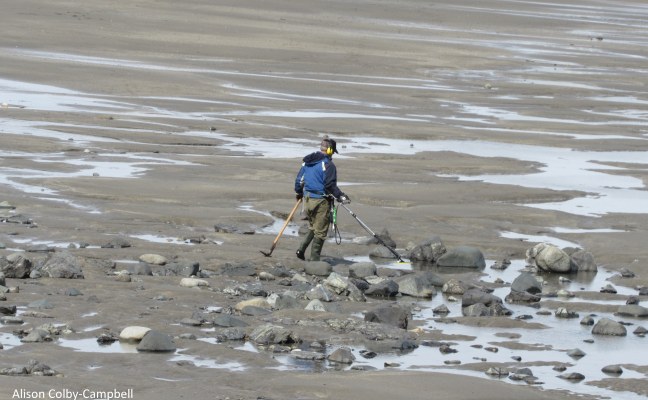 More Mainers  joined them at the shore and brought their canine friends to frolic on the ocean’s edge.

And Mother Nature pummeled the water in anger, promising harsh retaliation.  The sea  frothed up like Neptune’s cappuccino.

And the people shouted back, “Hold my cup.” 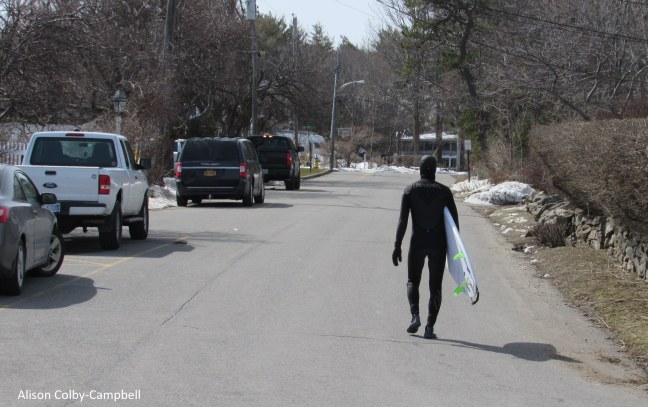 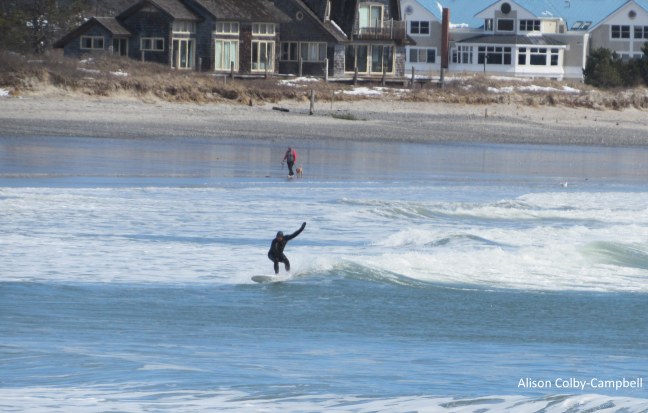 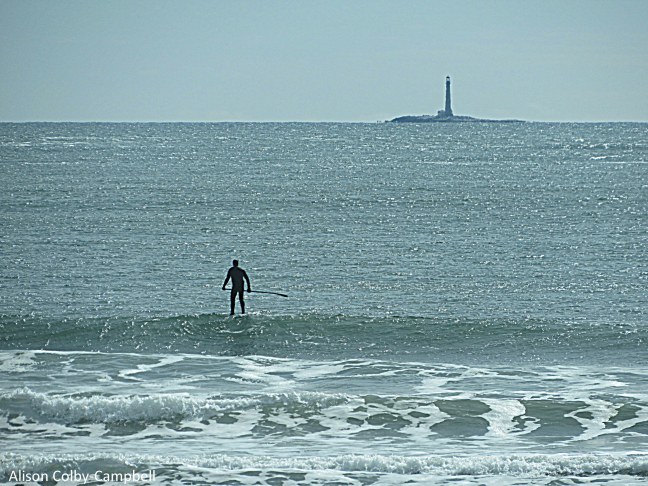 And the stoner Snowy Owl looked out from on high, got distracted a bit then giggled.

The owl, temporarily obsessed with his own pretty toes, didn’t answer right away. 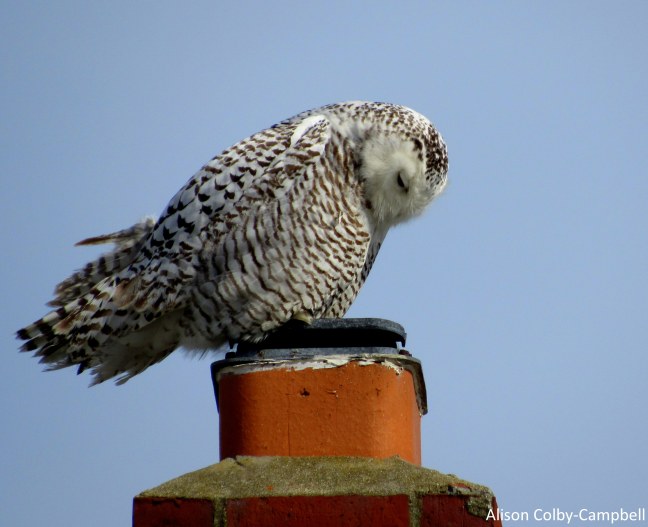 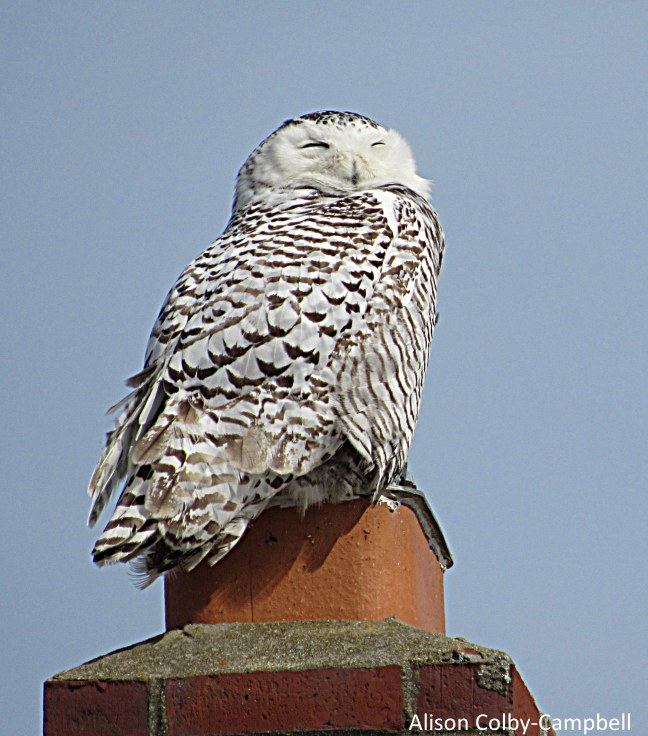 He said…. I am vacationing here from the Arctic Tundra. It’s definitely beach weather to me.

And Mother Nature, her fury spent, released spring upon the land, and she chuckled in her wicked way, as she realized they thought she caved in to their demands. She shouted back “Be careful what you wish for” and in spite set loose the sand fleas, no see ums and mosquitoes to populate the beach in numbers far greater than people worldwide.

She regained her composure. She wielded control. For she possessed a very particular set of skills; skills  acquired over a very long career. Skills that make her a nightmare for people like you and me who visit the beach in Maine.  And the great white shark moved farther north along the coast.

About this story. The story was inspired by a trip along the Maine coast on March 23, 2018, that is when everyone of these photos was taken. The trip wound its way along backroads through Kittery  to Kennebunk, to Old Orchard Beach, then worked from Portland to Harpswell, Bailey’s Island and then back through Brunswick, before heading home.

The owl was at Sohier Park  in York where one can view Nubble Lighthouse. The surfers and stand up paddle boarders, treasure seekers and castle makers were in or about York and Ogunquit. And though Great Whites have traveled to New England of late due in part to warmer waters, I have not seen one yet, and I am still figuring out if that is a good thing or a bad thing.

Brown, Richardson, & Rowe, Inc. Landscape Architects and Planners of Boston, MA have contracted (again) with Alison Colby-Campbell Photography to use a photo in upcoming marketing endeavors.